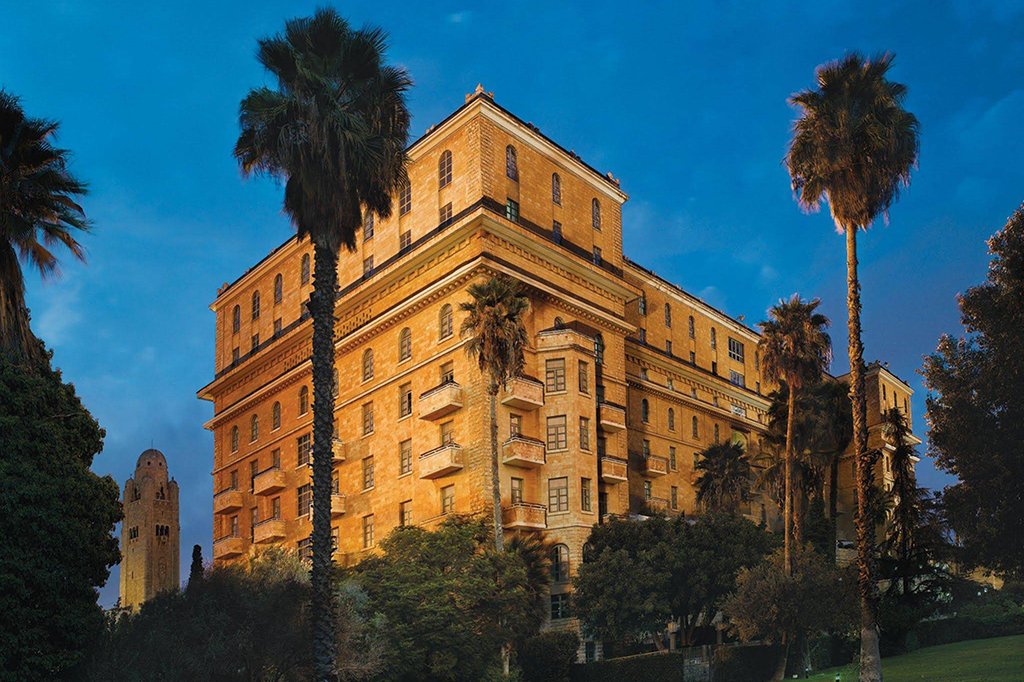 The King David Hotel is located in the heart of Jerusalem, overlooking the Old City. It is one of the most impressive and historically significant hotels in the world. The King David’s reputation for luxury and meticulous attention to every detail is well known. The King David is truly a magnificent and grand hotel.

Built in the 1920’s at the meeting point of the historic Old City and dynamic New Jerusalem, the King David Hotel delights the eye with stately pink quartz exteriors and exotic public rooms decorated with motifs that recreate a bygone romantic era. Other singular attractions of the King David Hotel are the spacious private gardens that enclose green lawns, a tennis court, adults’ and children’s swimming pools (heated during the season), as well as a children’s playground and quiet corners for relaxing. Guest rooms and suites of the King David Hotel are a harmony of elegance and luxury and distinguished by solicitous attention and devotion to detail. The official venue in Jerusalem for banquets and state occasions, the King David Hotel has always been the hotel of choice for world leaders and famous personalities.”